Thanks to an ‘internal experimental protocol‘, it was possible to launch the first production of the Re Fiascone tomato. The processing took place at the ‘Impresa Agricola Sabato Abagnale‘ workshop located in Sant’Antonio Abate, using the local ancient techniques. In fact, the location was chosen in order to guarantee the best production quality and the right method. Sabato Abagnale with his activities ‘Terra, Amore e Fantasia‘ stands for quality because of his commitment in favour of farmers and local quality productions, as well as his research for an excellent product based on tradition. 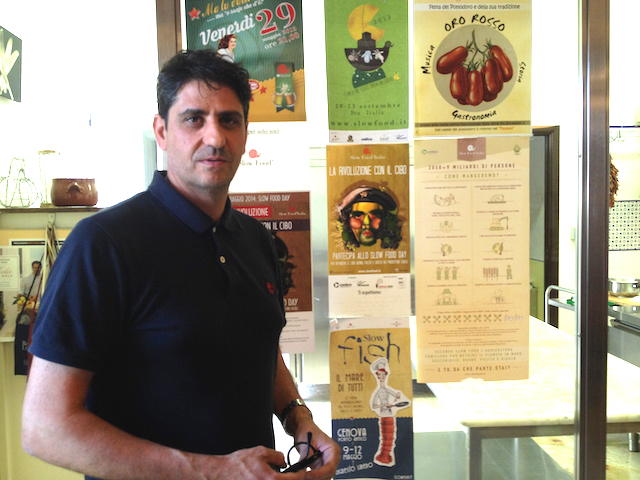 Sabato Abagnale in his laboratory at Sant’Antonio Abate

for the recovery of the “King Umberto” tomato

On 4th October 2014 in Castel San Lorenzo (SA) the ‘’atto costitutivo del Comitato Promotore’’ (Constitutive Act of the Promoting Committee) was signed to establish the Rural Districts, Quality Agricultural Products and Supply Chain for Internal and Protected Areas of the Province of Salerno;

On 27th November 2014, as part of the first meeting, the Committee appointed Vincenzo Sannino, the president of Acarbio, as the Director of the Coastal Area (Amalfi Coast and Sorrento Peninsula):

All that being provided, the following partners:

according to their competence, distinction of the natural features, production, development, promotion and sale of the product lines related to the King Umberto tomato (also known as Fiascone). 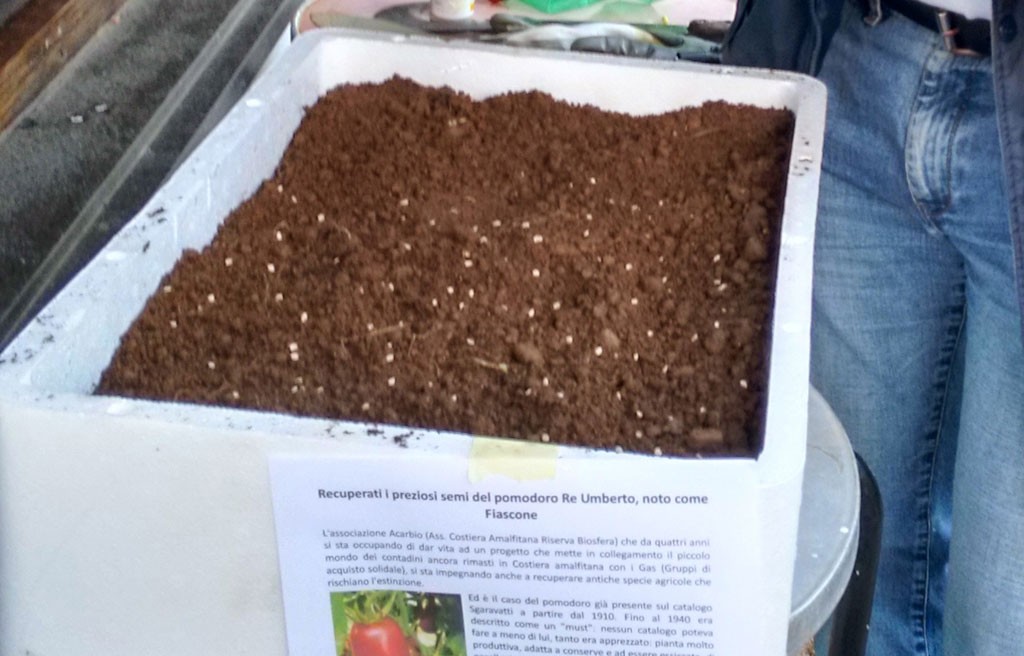 One of the seedbed of the King Umberto tomato.

The roles of the partners are defined as follows:

The ‘farmers/guardians‘ commit to follow the disciplinary set by Consorzio di Tutela (Protection Consortium) in order to meet the requirements of current pesticides legislation for the King Umberto tomato, especially on the preharvest interval.

The main goal is to establish the Protection Consortium for the King Umberto tomato and the foundation for the Rural District of Coastal Area, introducing other local products.

The first year will be considered an experiment and a contract wll be made with the following workshop: