Tramonti, a mountainous town on the Amalfi Coast with more than 4000 inhabitants, can be considered as ‘the land of pizza makers‘. With 3000 pizzerias around the world run by Tramonti’s pizza makers, they are the ambassadors who have promoted the traditional way of making pizza linking it to their home town.

Tradition, history, entrepreneurial skills and the right amount of innovation have made the Tramonti pizza makers an international benchmark. 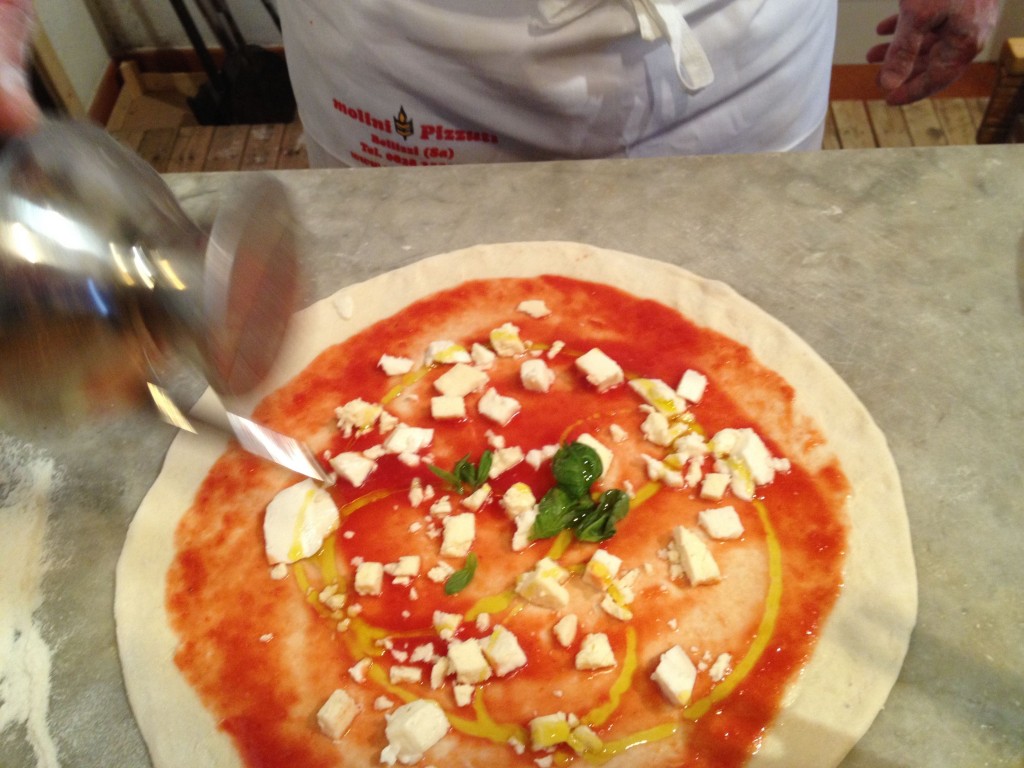 The pizza from Tramonti with the tomato ‘’Re Fiascone’’

Stories tell that this food has been part of the traditions of Tramonti since the Middle Age. People used ancient ovens to bake the so-called ‘pizza base’ made of rye flour, germanella, millet and barley. They ate the pizza freshly baked and seasoned just with spices and lard. Luckily the tradition didn’t stop and continued until the beginning of 20th century.

Following the mass emigration during the 1950s, many pizza makers started their business in the largest cities in the North, even in the United States. Together with pizza, they also brought the mozzarella as the dairy tradition. Then, pizza and mozzarella became an inseparable pair, together with the King Umberto tomato and olive oil.

The community of Tramonti have decided to preserve this tradition and to maintain the unique characteristics of its pizza by the means of the De.Co. label (Municipal Designation), allowing to preserve the historical memories and local traditions.